Dynamic Spanish is a virtual reality language course focused on getting you speaking Spanish confidently, with real people.

Our Starter Pack is a VR-led course, combining 360 and flat videos to create a sustainable learning habit so that in a few months, your progress in Spanish will be unrecognisable from where you are now.

The Starter Pack originally launched in 2018 and we had a few hundred students try our VR language course. Since then we've received lots of feedback and taken it on board to develop this new version of our Starter Pack.

What’s in the Starter Pack?

The Starter Pack begins by teaching you how to learn Spanish using mobile and desktop technologies, which utilise the best theories in memory and education science. The Spanish course then takes you through a series of 360 video lessons via our VR app, which is available for Oculus Go, Quest, Rift, and Samsung GearVR. 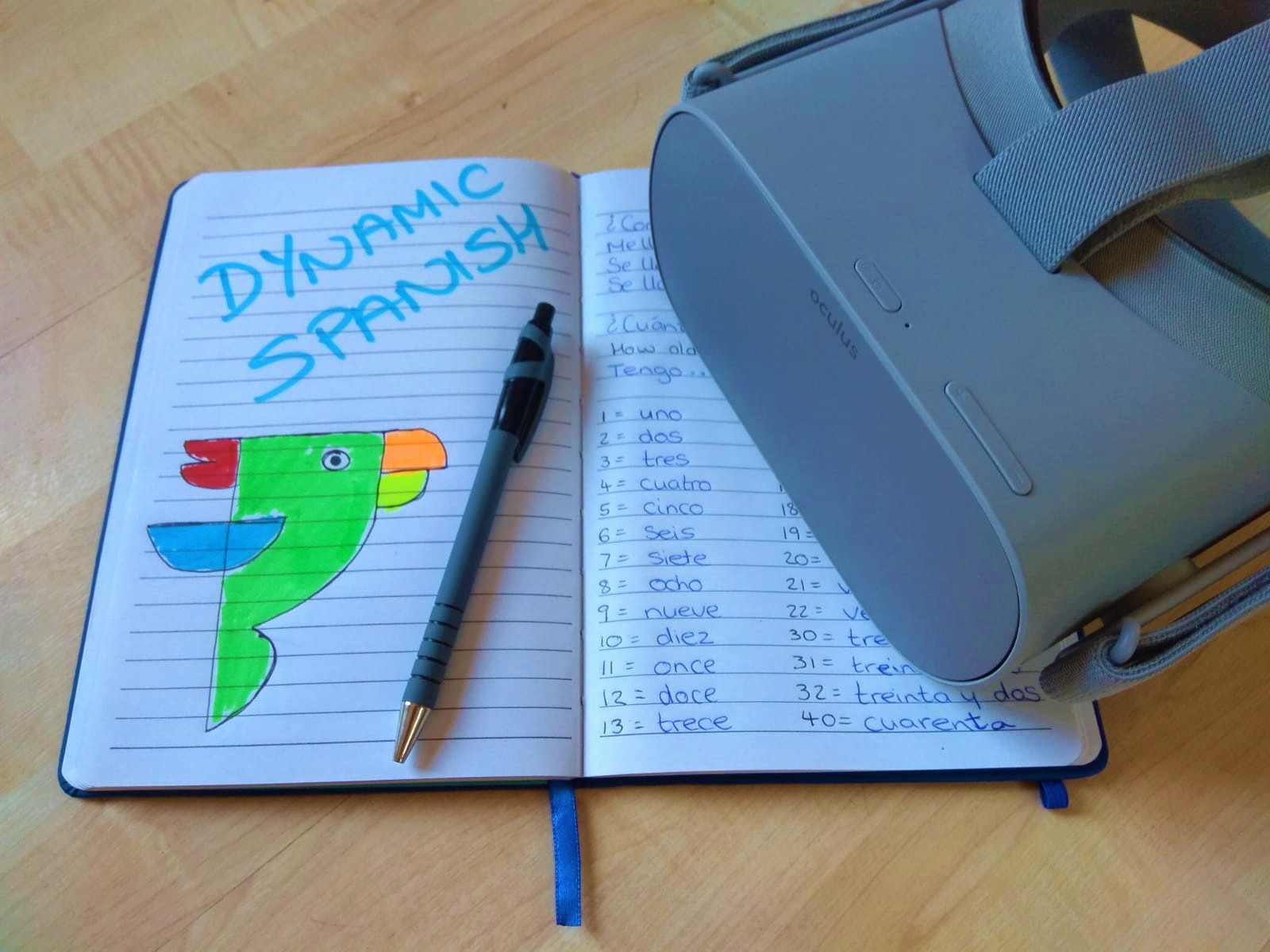 Nothing can quite prepare you for the real experience of needing to speak Spanish for the first time. Panic and anxiety usually set in immediately and make you splutter out an error-filled string of words. And even if you get it right and are understood, the response will almost certainly be different to the set phrases you’ve been learning and preparing for.

﻿Dynamic Spanish simulates that experience in a surprisingly realistic way, with real people asking you real questions and waiting for your reply!

First you’ll prepare by learning and practising your speaking and listening skills in a fully immersive classroom.

Next you'll step out onto the streets of Valencia to engage in role-play based encounters.

You’ll be nervous and make mistakes, but that’s ok because as real as it seems at the time, these people aren’t actually there – that’s the joy of a VR-led language learning course! We believe VR is the future of education, enabling you to improve in the classroom and flow through these authentic encounters with more confidence. You will learn to stay relaxed and calm, able to speak Spanish with ease during these exciting trips around the romantic country of España.

How Long is the Course?

The course length depends on how much time you have per week to put into learning Spanish. You choose the intensity and we'll help you find the time in your calendar to develop your Spanish skills!

We estimate the course will take roughly 12 hours to complete (including doing the additional materials) but the long-term goal of the course is to build a language learning habit into your schedule. This way you can continue learning Spanish once you have used all the primary material we supply and have found a method that works for you!

The course is broken into pomodoro-sized chunks, to create memorable content that can be fitted into your schedule whenever you have a free half-hour. The time it takes you to complete the course will depend on how many of these pomodoros you can do in a week. 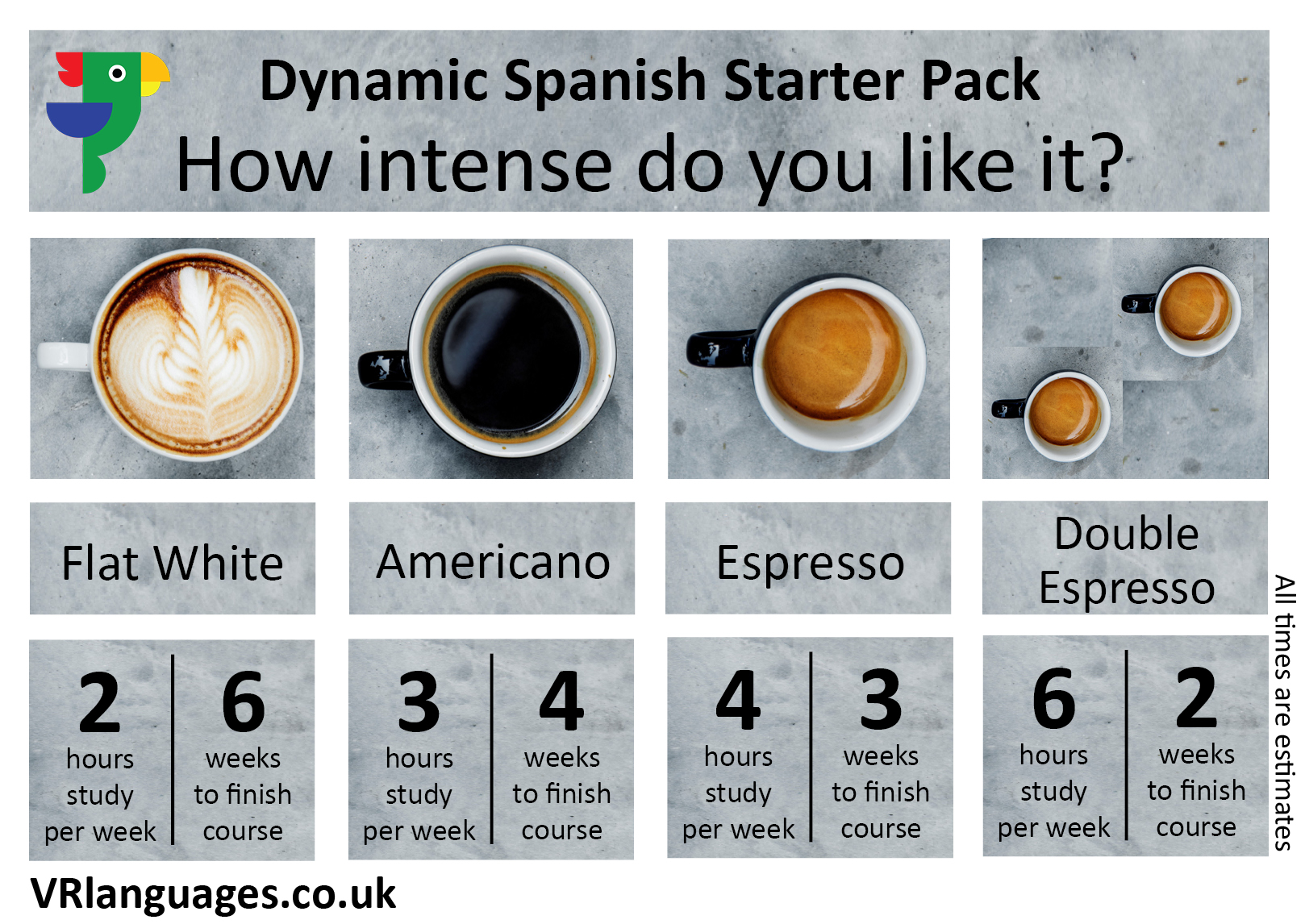 Who is this Course For?

If you answered "YES" to any of these questions then the Starter Pack is for you!